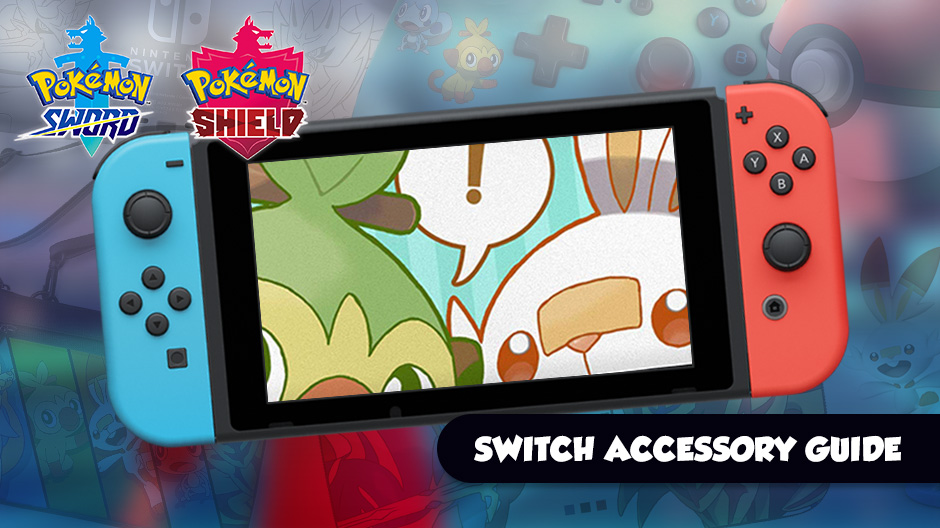 We’ve scoured every corner of the internet to curate the ultimate Pokémon Sword & Shield accessory list. From pre-order bonuses to consoles, controllers, and cases – we’ve got Galar covered. 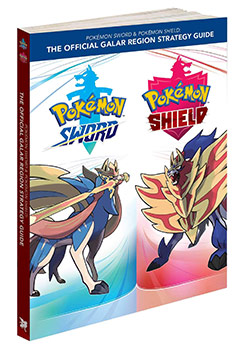 Published by The Pokémon Company themselves, the official Galar region strategy guide is packed full of tips and tricks to help budding trainers.

Serious collectors might want to turn their attention to the hardback collectors edition though. As this will also feature exclusive concept art from the games, a Pokémon Sword / Shield Joy-Con controller skin, tech decal pack, and unique cover art! 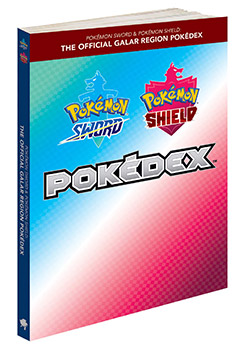 In addition to the official strategy guide, The Pokémon Company will also be offering fans an official Galar Pokédex. Covering everything from starter Pokémon to those that are a little more mysterious, the official Pokédex wraps up everything Gen 8 into one handy guide.

The Galar Pokédex will include detailed descriptions, Pokémon locations, moves, items, and more! 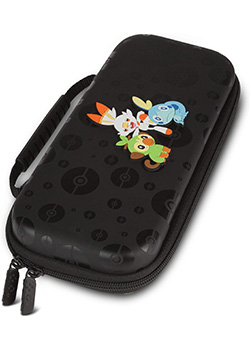 Packing a 2-year warranty, this Sword and Shield Switch case has been molded to offer a protective fit for standard Nintendo Switch models. Opening it up reveals a soft felt lining, alongside a padded storage flap that holds up to 9 Nintendo Switch carts.

The exterior features a subtle Poké Ball pattern with a contrasted Grookey, Scorbunny and Sobble design showcase in the middle. 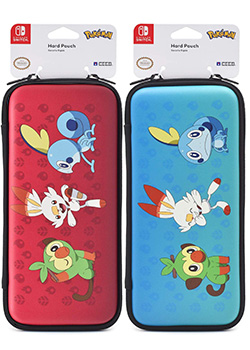 Designed the fit the standard Nintendo Switch console, this officially licensed hard case features double-sided artwork of all the three Galar starter Pokémon on the outside. 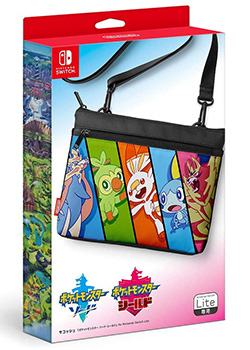 Currently only available in Japan, the bag features multiple compartments and game card storage slots to keep everything together. As the bag is produced by Nintendo, we’re keeping our fingers crossed that it’ll be available to order in the West soon. 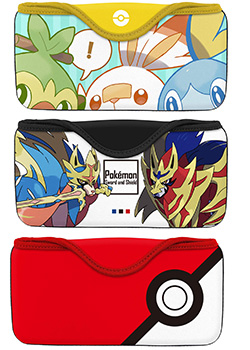 The Nintendo Switch Lite is definitely becoming the favourite for Sword and Shield cases. These officially licensed “Quick Pouches” are produced by Keys Factory and are available in three different designs.

Like the Sacoche bag, the Pokémon Sword & Shield quick pouches are currently only available to order in Japan. However, some Keys Factory products have made their way West in the past. So here’s to hoping. 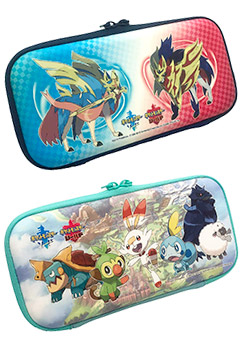 Unfortunately, at the time of writing, both of these designs appear only to be available in Japan. It’s currently unknown whether or not they’ll ever get an official release in Western territories. 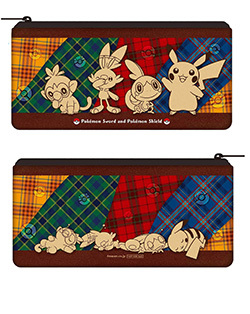 The pouch was available of part of a bundle which included the game double-pack, fold-able Poké Ball cardboard box and other goodies. 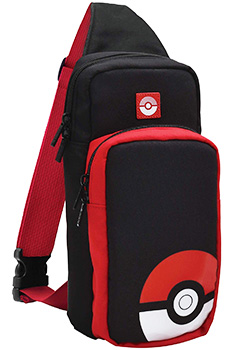 This officially licensed shoulder bag comes with a padded strap and two main storage compartments. It even offers enough space to stash a Nintendo Switch console, some games, a controller and accessories.

If you’re looking to get your hands on some officially licensed Pokémon Sword and Shield Nintendo Switch controllers then these two from PowerA are currently your only options.

Available in both Sword (bottom) and a Shield (top) variants, the controllers feature a wireless bluetooth 5.0 connection, motion controls, and mappable buttons. 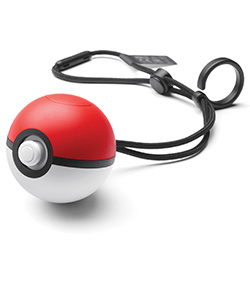 Although the Poké Ball Plus controller is compatible with Pokémon Sword & Shield, it cannot actually be used as a game controller.

Instead, you’ll be able to transfer Pokémon from the game and take them for a stroll in the real world. Mew can also be obtained in Sword and Shield by linking the Poké Ball Plus, just like in Let’s Go. 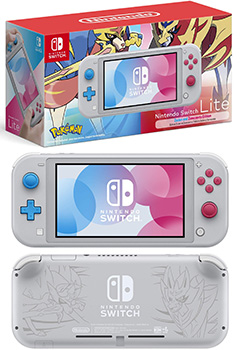 Featuring Galar’s two legendary wolves on the back and Pokémon Sword / Shield themed buttons on the front, this special edition Switch Lite is certainly a looker.

It’s worth noting that the Zacian and Zamazenta Edition doesn’t come bundled with a copy of the game though. So make sure you’re not caught out on launch day. 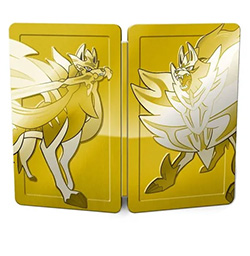 The golden steelbook case is a Pokémon Sword & Shield Dual Pack pre-order bonus. It features both Zacian and Zamazenta on either side of the case.

This pre-order bonus is widely available in Europe but is exclusive to Target in North America.

Available from: Amazon UK  | Target US 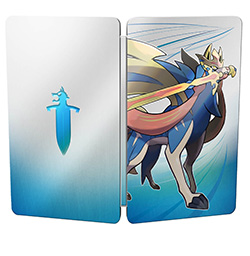 The Pokémon Sword steelbook case features the legendary wolf Zacian on the front and the Sword emblem on the back.

The Sword themed steelcase is a pre-order bonus for  Pokémon Sword at select European retailers. 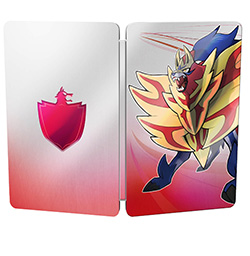 Just like the Pokémon Sword steelbook, the Shield version is available as a pre-order bonus at select retailers throughout Europe.

The Shield variant features Zamazenta on the front and the Shield emblem on the rear. 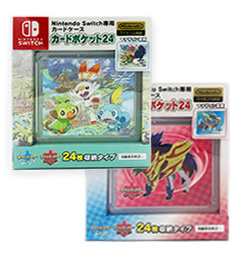 Holding up to 24 Nintendo Switch game carts in each case, these Pokémon Sword & Shield cases are produced by Max Games and licensed by Nintendo. 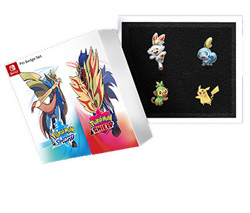 Exclusive to the London pop-up Pokémon Center, this collection of Pokémon Sword & Shield pin badges is given as an in-store pre-order bonus. 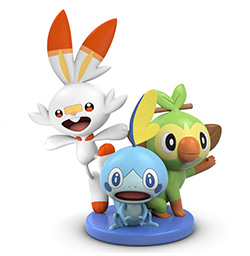 Featuring all three Galar starter Pokémon, this figurine is yet another pre-order bonus for the Pokémon Sword & Shield Dual Pack.

The figurine is available as a pre-order bonus through select European retailers. 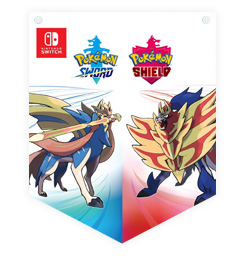 Acting as a pre-order bonus for the Double Pack at GameStop, this double-sided wall banner features the two legendary wolves (Zacian and Zamazenta) on the front. The reverse side of the banner showcases the Galar regional map.

Available from: GameStop US 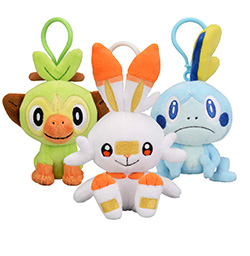 These three keychain plushies are bonus items for Sword /Shield pre-orders on the official US Pokémon Center website.

Double pack pre-orders receive all three, while a random plush is given for single game orders.