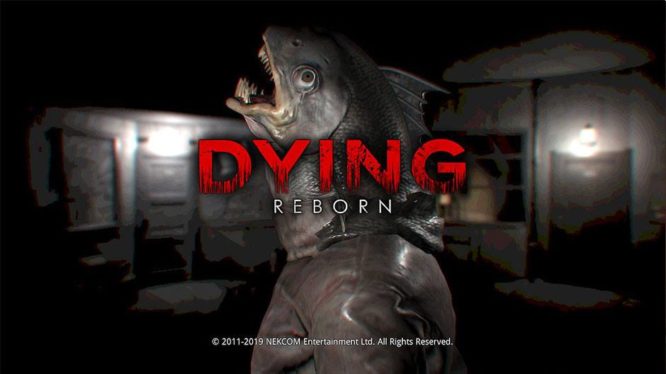 The Nintendo Switch is often lauded for being the platform where games can get a second lease on life; often in the form of an “Ultimate” or “Deluxe” edition that presents the best and most complete version of the game. In the case of the Switch port for Dying: Reborn, it moves in the complete opposite direction.

Given the rise in popularity of Escape Rooms over the last decade, Dying: Reborn’s escape-the-room approach to puzzle solving should be a match made in heaven. Developer NEKCOM Entertainment’s idea of blending point-and click-adventure style gameplay with first person horror is a novel idea and one I was eager to experience for myself. Unfortunately, thanks to poor optimisation, bad localisation and some truly baffling departures from the 2017 original, Dying: Reborn is one port that would have been better off dead.

Somebody get me out of here!

Dying: Reborn tells the story of Matt, a man who travels to the town where he grew up in search of his missing sister. Upon his arrival, Matt is knocked unconscious and brought to a now-abandoned hotel he recognises from his youth. He quickly finds himself in a Saw-style situation where a mysterious masked man speaking to him over a loudspeaker (or through TV screens) is toying with him to pay for his past sins.

Much like SHIO, the last Coconut Island published game I reviewed, Dying: Reborn clearly suffers from a bad translation and poorly optimised text. Dialogue is often stiff, awkward and repetitive; sentences often don’t have spaces between them or will end with a comma instead of a period; and other times text simply doesn’t match up with what’s being presented onscreen. However, that’s not the worst of it by a long shot. Coconut Island Games’ trailer for the Switch edition boasts that the game has a “SWITCH-ed STORY”, something which is directly responsible for most of the narrative dissonance I experienced while playing the game.

When Dying: Reborn was originally released on PlayStation platforms and Xbox One back in 2017, it featured a fully voice acted script. Not only has the Nintendo Switch version had the voice acting removed entirely, but when I compared the two versions side by side, big chunks of dialogue are missing or changed. The Switch version also tacks on several weird backstories and (without spoiling anything) culminates with a weird sexual subplot that wasn’t at all present in the original story. What’s worse is that this was clear to me before I knew that the two versions of the game were different. I could feel which elements of the story had been changed or added because they didn’t line up with elements of the original characterisation, settings and clues.

Probably the most annoying aspect of these changes are that several of the new story elements that get introduced are never properly explored, leaving the player with far more questions than answers. The more I thought about it, the more it actually makes sense why they removed the voice acting: they could do a poor translation and claim it as an “all-new” story.

Bad translations and odd story choices aside, Dying: Reborn’s plot is poorly conveyed from the start. Matt has selective amnesia, as a means to explain why he doesn’t know certain plot-relevant information, but he’s able to regularly recognise objects and locales. The game also has a nasty habit of over explaining what Matt is thinking or feeling instead of letting us draw our own conclusions.

Get your head in the game

For all the flaws present in the game’s story and optimisation (of which there are many), Dying: Reborn’s puzzles and gameplay are surprisingly well executed.

The game is divided up into six chapters, each of which requires you to use classic point-and-click adventure reasoning to escape a room. Players are tasked with finding, combining and using items to advance, as well as solving puzzles and interpreting clues.

Puzzles range from simple logic tests (This box is taped up? Better use this knife I found to cut it open) to EXTREMELY esoteric puzzles that require you to really put on your thinking cap to interpret and contextualise clues. For me, the tougher puzzles towed the line between challenging and seemingly impossible, but I’m not the most seasoned point-and-click player.

However, I believe that players who really enjoy brain teasers, puzzles and escape rooms will be impressed and satisfied by the thought required to solve some of the game’s tougher challenges. It’s a shame that the rest of the game doesn’t match up to the strength of the elevator pitch. Because as strong as the core ideas of the game are, the execution truly leaves something to be desired.

Dying: Reborn also tried to offer players something in the way of replayability by including a number of secret items that aren’t required to complete the game. I was initially really intrigued by what their meaning was, or what alternative paths they might unlock, but I simply didn’t enjoy the game enough to want to revisit it and solve the remaining mysteries.

The most disappointing thing about Dying Reborn’s port to Nintendo Switch is that it isn’t just the text and story that’s poorly optimised. Even if you could ignore the translation issues, lack of voice acting and narrative dissonance, Dying: Reborn on Nintendo Switch has some glaring issues.

In-game lighting poses a significant problem in this port. I first ran into issues during the first level, where I got stuck on a clue due to the default lighting being so wonky. When I looked at Wiki Game Guide’s PS4 walkthrough for some insight, the clue was clear as day, but was almost illegible on the Switch. This is a HUGE problem for a puzzle game completely predicated on you SEEING and UNDERSTANDING clues. After I adjusted the brightness and restarted the game I was able to see it somewhat, but nowhere near as clearly as I had on the PS4 version. 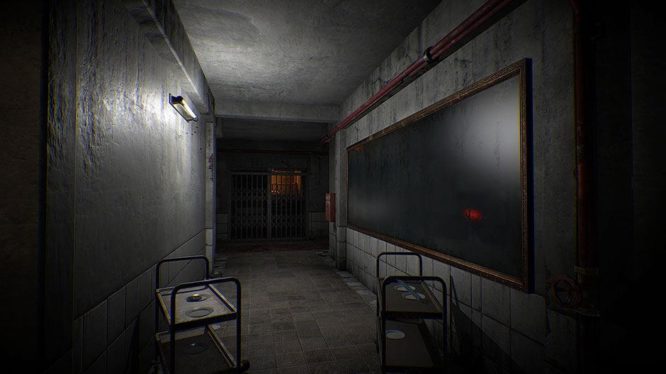 That graphical inferiority was a consistent theme whenever I compared the two versions of the game. Switch owners expect to get a toned down version of graphically intensive games like DOOM and Wolfenstein, but Dying: Reborn doesn’t deserve the same pass. The original game’s visuals are no where near sophisticated enough to justify how the Switch port looks. It’s clear that corners were cut to bring the game to Switch as cheaply as possible.

Quality Assurance seems to be another luxury Dying: Reborn wasn’t afforded, as the game has a number of issues that should have been easily caught by the team. The most egregious error is that text auto-scrolls during cutscenes seemingly at random. Sometimes you’ll find yourself sitting with a two or three word sentence lingering on screen as you wait for the next line of dialogue. While other times the text hasn’t even finished displaying by the time it switches, making it literally impossible to read. I missed tons of information because of this error with absolutely no recourse.

The same weird decision making that influenced the new story elements also extends to some of the graphical changes made to Dying: Reborn. For example, one of the game’s many puzzles uses a set of runic symbols, but in the Switch port one of them is inexplicably replaced with a paw print. 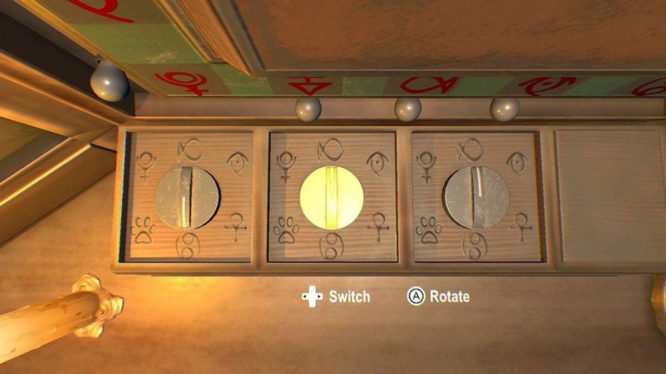 One of the more frustrating issues is actually present in both versions of the game: No Autosave. Even after defeating a level, Dying: Reborn requires players to manually save their progress. This led to me having to replay an entire chapter after advancing and assuming that the game would register that I had completed the level.

The bottom line here is that Dying: Reborn is a mess of a port and not even the game’s strong puzzle design can make it a salvageable experience. I want to give this game a better score because some of its core ideas show promise and the idea of an escape room horror game is novel. However, the package is so unattractive and a lot of the errors present are clearly the result of a lazy port, that I honestly wouldn’t recommend anyone spend money on this version of the game.

Dying: Reborn on Nintendo Switch is a mess of a port that suffers from a bad translation and poor optimisation. The story changes from the 2017 original making the game's plot feel dissonant at best and incomprehensible at worst. If a first person horror game with point-and-click mechanics appeals to you enough to want to give this game a shot, I'd recommend playing it elsewhere.