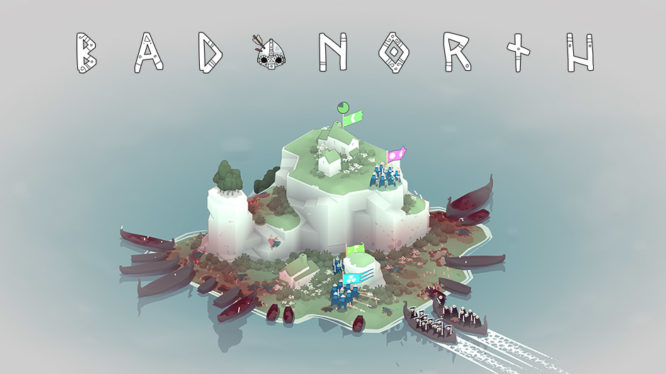 Picture the scene: You’re on a tiny isolated island surrounded entirely by water as far as the eye can see. Only a handful of people live here so there are just a few buildings and life is quiet. That is until the Vikings come.

This is the scenario Bad North lays out in its gorgeous isometric world. Each level is its own neatly packaged, procedurally-generated island and has players take the reins as commander in chief. You’ll need to control your loyal followers to fight off hordes of enemies and protect the homes on your land from invaders.

At the end of each island, coins are awarded based on how many homes you saved from destruction. Once a commander has nabbed themselves 6 coins you’ll be able to assign them to the class of archer, infantry or pike. Each has their own set of strengths and weaknesses with more skills to unlock as you collect more coins.

It’s this cycle that’s the core of the game. Complete an island and you’ll move on to the next, and the next; using your winnings to reinforce your army as you go. This cycle was enough to keep me coming back for more, but my only gripe is that islands all look and feel very similar. It’s not until you’re deeper into a campaign that you can visually tell one island apart from another. I’m sure many players may dislike the smaller scale of the islands, but I actually found them to be more manageable when compared to the expansive worlds that are often found in RTS games.

On the surface, Bad North seems to be a simple game, but the strategy mechanic reveals itself as the game progress and the player travels further east. This starts with assigning the coins you obtain from the tutorial island to your commanders; do you spread these evenly or favour one side to upgrade them fast?

Once you’ve completed an island you’re popped out to a map screen where the strategy continues. Keep an eye out for icons indicating that a new commander may be available to join your cause or a question mark that might indicate a helpful item. Whether you stop off at every island along the way to load up on coins or take the quickest route possible is entirely your choice. 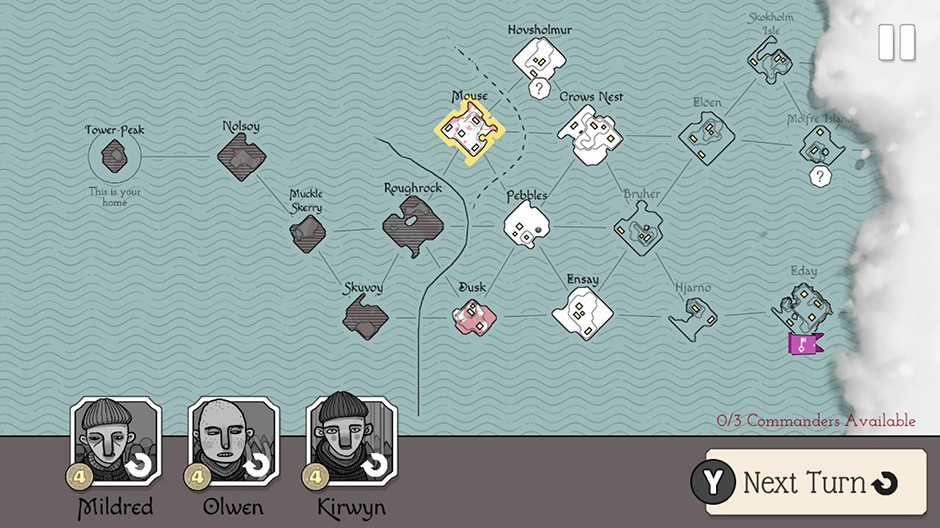 Venture further into the game and you’ll meet new types of enemies with unique traits. For example, some enemies might not be targetable by archers and others may come on ships that knock back your battalions. Learning your foe will prove to be essential in your fight against the Norse seafarers.

Looks can be deceiving

Don’t let the game’s calming aesthetic and Monument Valley vibes lull you into a false sense of security. Bad North had me on the brink of a panic attack on more than one occasion. The loss of a commander in battle is permanent. Lose them all and it’s game over.

Losing even one single leveled up infantry commander, equipped with the plunge attack and warhammer item you found five islands ago, is gutting. Especially when you get back to the menu and realise you’ll never see his little face again.

I learned this the hard way as I fumbled to protect my houses from Viking invaders. My final commander died by the sword and the Game Over screen faded in from black. Bad North seems to be the kind of game where you need to get used to this screen but that doesn’t stop defeat from stinging each time.

Those defeats didn’t stop me wanting to jump back into the game though. Bad North got its hooks in me good and after a quick break to mourn the loss of my kingdom I was back for more; hoping to get further each time. The beauty is, every time was different. Islands were different, the items I found were different and the reason for my defeat was different; and so I never found myself growing tired of the game.

Visually, audibly and functionally, Bad North is an absolute treat and is extremely well presented and polished. Gorgeous graphics are paired with whimsical music and sound effects and it’s clear the small team of three at Plausible Concept really sweat every detail when crafting the game. 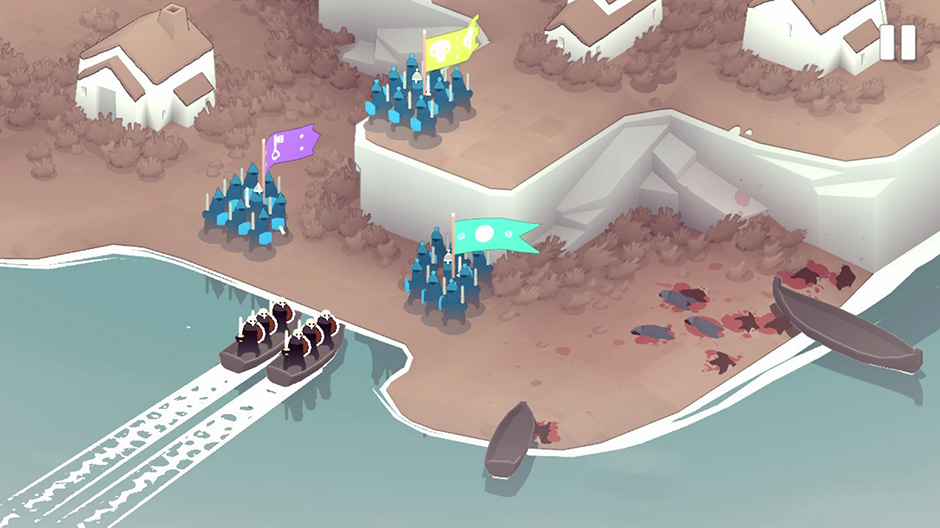 In terms of performance, the game targets 60 fps and 99% of the time it hit that for me. I noticed a couple of slow-downs here and there but nothing that really affected gameplay.

Bad North supports both dual Joy-Con and Pro Controller setups but it’s also one of the rare Switch games that can be played entirely by the touchscreen. Every menu and action can be executed with a simple prod, swipe or pinch and it’s arguably easier and more enjoyable to play this way. However, one addition I did find myself longing for at times was some kind of fast-forward button. In early levels (especially after a couple of playthroughs) I often found my troops in place on the shore patiently waiting for the enemy to show up.

If you’re new to the RTS genre it’s a fantastic entry point with enough substance to get your teeth into. I think for me Bad North is going to become one of those games I constantly go back to again and again, delivering me that quick strategy quick fix when I need it.

Bad North takes real-time strategy back to basics while still providing enough substance for fans of the genre. When combined with procedurally generated campaigns and the ever ominous threat of perma-death, Bad North sucks you into a cycle of play-learn-die-repeat. All of this is wrapped up in a well presented, beautiful package with a lovely soundtrack and great sound design. If batting off waves of enemies and calculating the correct strategic play is your thing then Bad North is well worth your time.