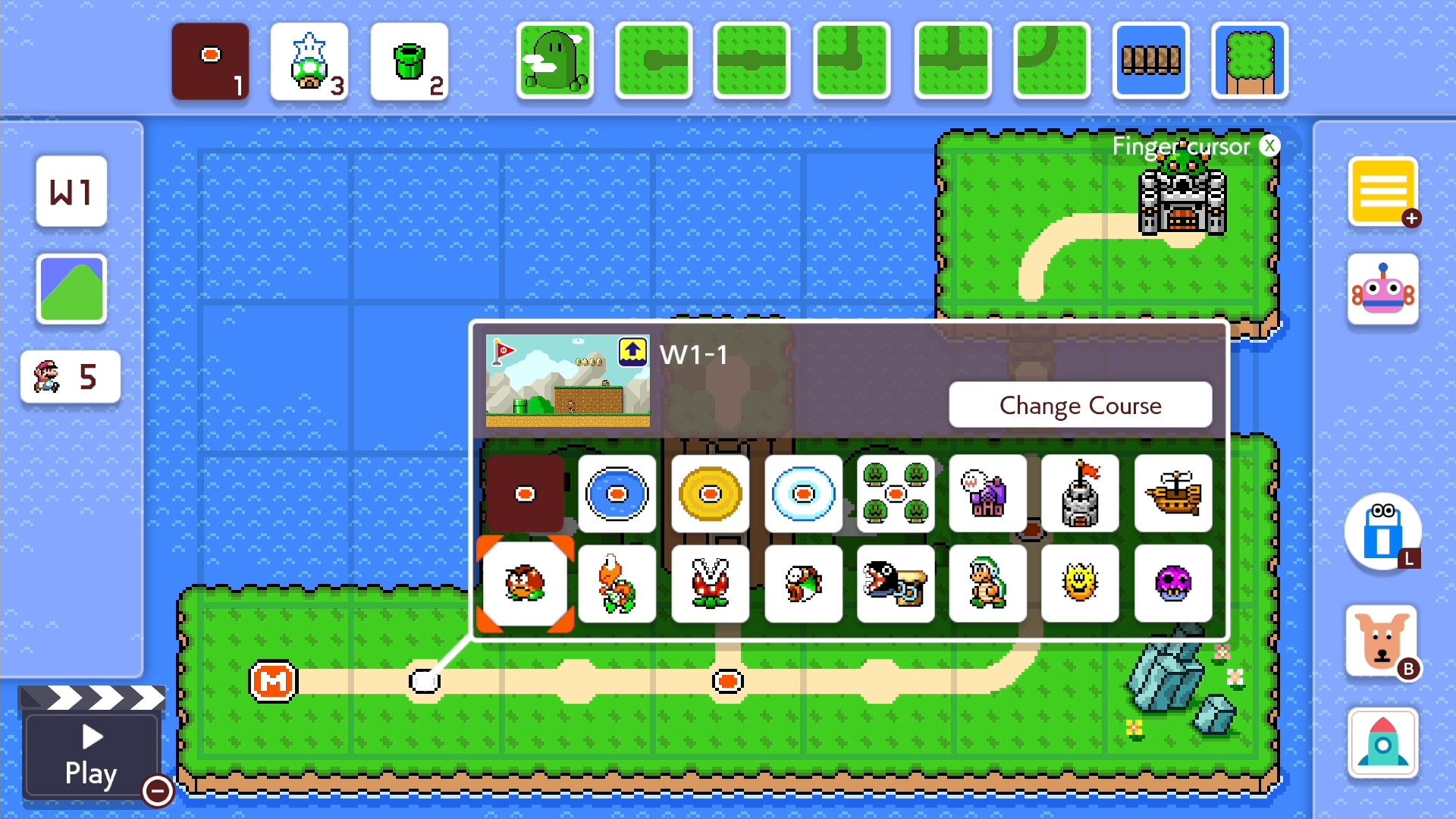 The last major update for Super Mario Maker 2 has been announced, introducing a slew of new gameplay mechanics that are sure to reinvigorate the creativity of the community’s avid builders! Fortunately, we won’t have to wait long as the free update releases tomorrow, April 22nd. But, for those that can’t wait any longer, let’s take a dive into the new content this update is introducing. 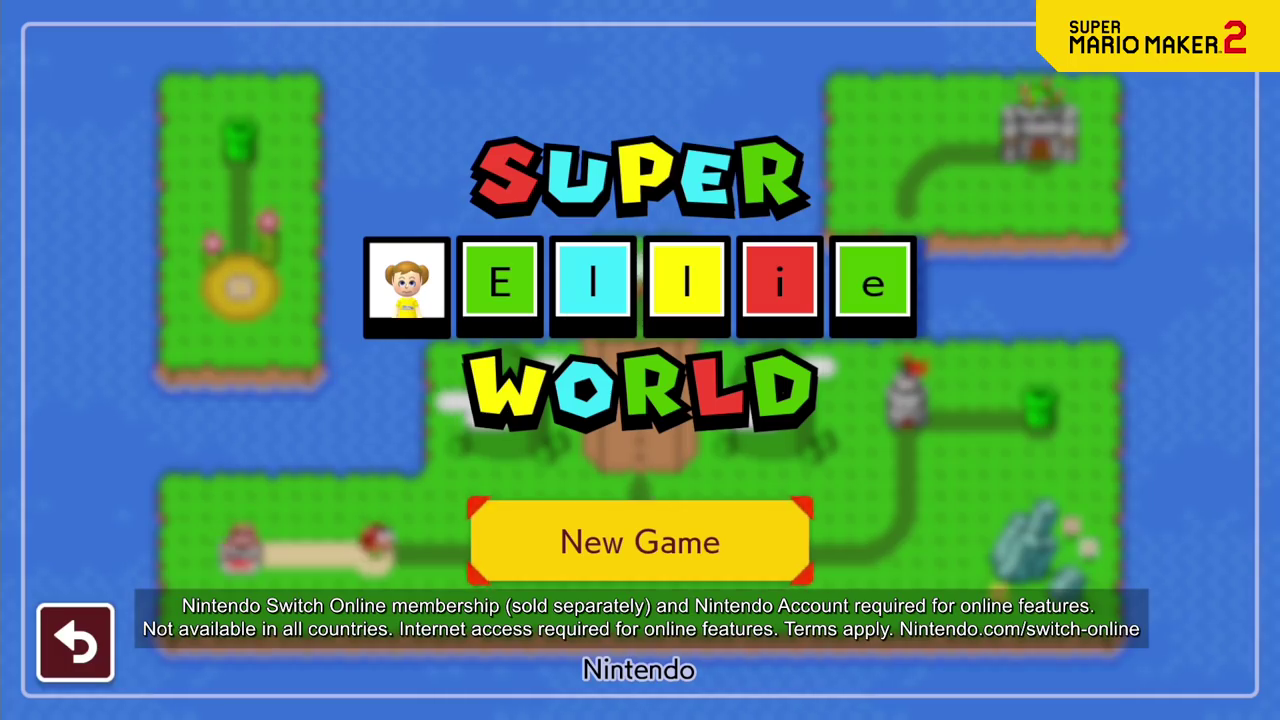 Easily the most requested feature for Super Mario Maker 2 is coming to fruition with World Maker! This new mode gives players the ability to create their own Super Mario games by designing and personalizing their own overworld maps. Paths, bridges, and hills can be placed freely, while aesthetic scenery can be placed to spice up the lay of the land. Warp pipes can be used to travel to otherwise unreachable locations in your world. Each World Maker map can have up to 8 worlds and 40 courses. There are also 8 world themes that players can choose from, including the Main theme, Underground, Desert, Snow, Sky, Forest, Volcano, and Outer Space.

Your personal World Maker games are also shareable, meaning that anyone can play through your collection of levels. 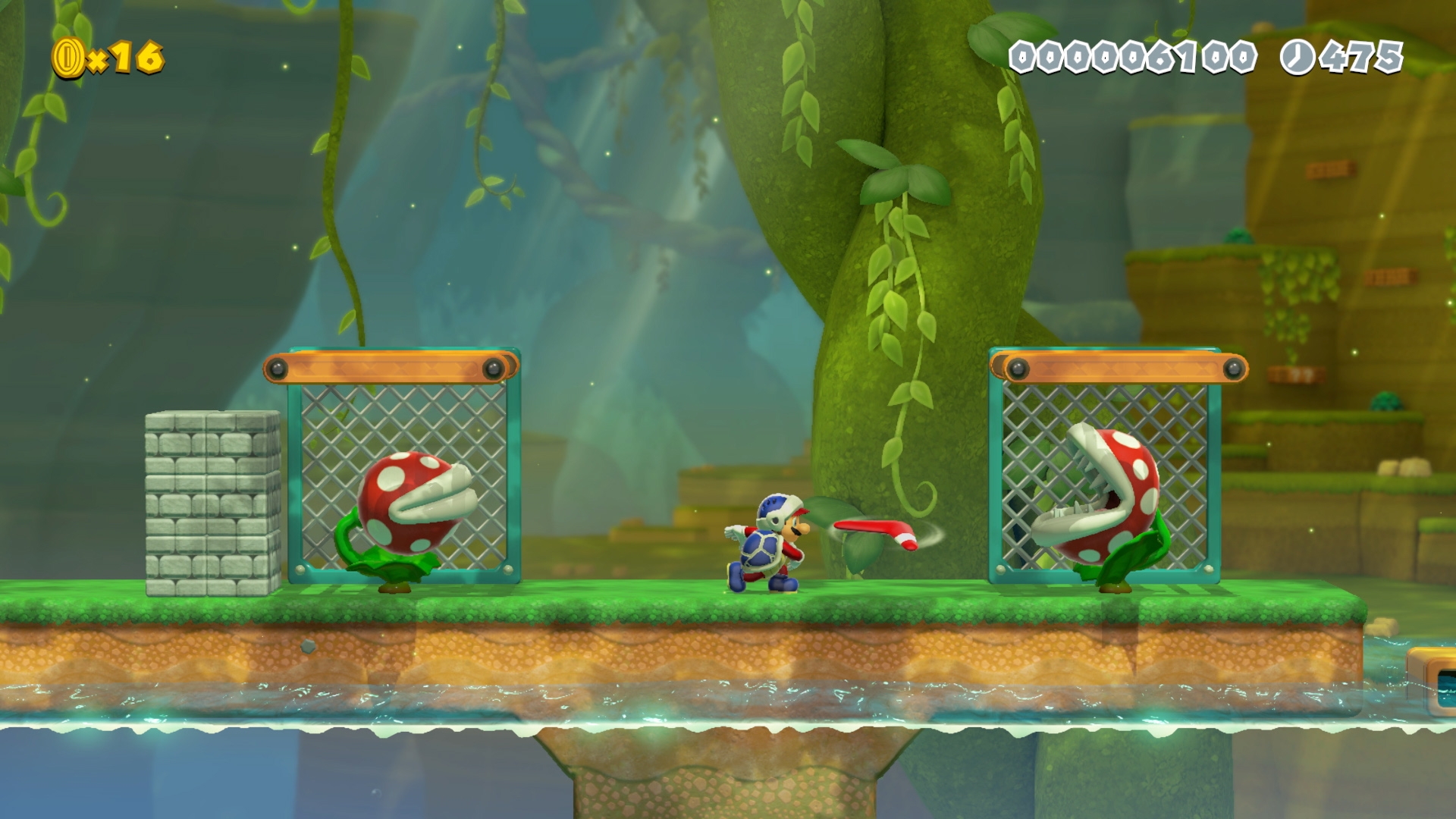 SMB2 Mushroom – This new upgrade transforms Mario into his Super Mario Bros 2 counterpart. This grants Mario the ability to stand on, pick up, and throw enemies, from Goombas to Bullet Bills to Chain Chomps! Some environments can be interacted with in unique ways, too. For example, the snow theme allows Mario to pick snowballs up off the ground. This power-up is only available in the Super Mario Bros. theme.

Frog Suit – This new power-up transforms Mario into a comical frog suit, but his newfound abilities make the embarrassing outfit worth it. While in his Frog Suit upgrade, Mario becomes much more adept at swimming through and running on water. This power-up is only available in the Super Mario Bros. 3 theme.

Power Balloon – I know I say the Frog Suit was comical, but this one really takes the cake. The Power Balloon turns Mario into an inflatable balloon, allowing him to float and propel himself through the air. This power-up is only available in the Super Mario World theme.

Super Acorn – This new power-up grants our plumber protagonist the ability to glide through the air as Flying Squirrel Mario. This power-up is only available in the New Super Mario Bros. U theme.

Exclusive to the Super Mario 3D World theme are brand new wearable Power-Ups which add a new layer to how the game is played.

The Cannon Box acts as a mobile cannon. The longer you hold down to shoot, the farther the cannon will go.

The Propeller Box gives Mario the ability to traverse three time’s his usual jump height by continuously propelling himself further into the air. And once you are up that high, you can either choose to calmly glide or dizzyingly rush back towards the ground.

The Red POW Box turns Mario into a POW block, triggering any blocks and defeating enemies where Mario hits his head. This item is good for 3 uses.

The Goomba Mask acts not unlike the enemy masks from The Legend of Zelda: Breath of the Wild. Wearing one will immediately trick all enemies into thinking you’re one of them!

The Bullet Bill Mask grants Mario the power of continuous horizontal flight. As long as the course timer stays above zero, Mario can fly for however long he likes. 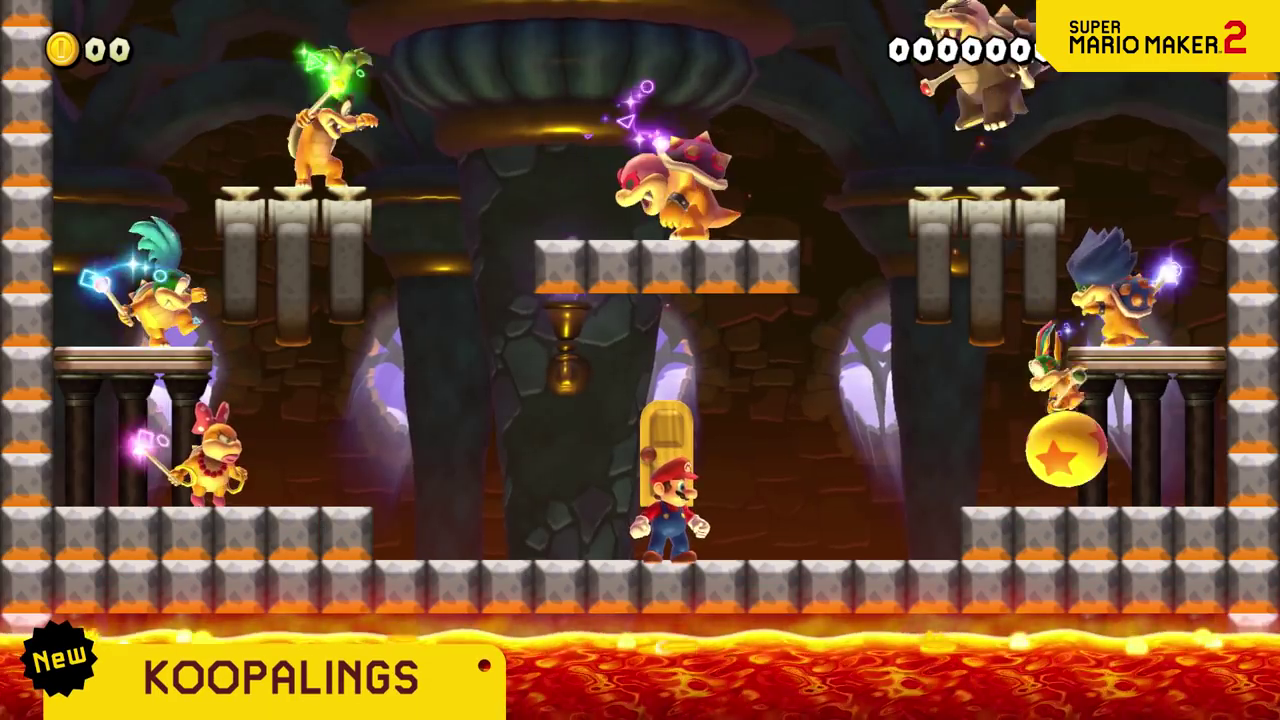 All 7 of Bowser’s minions, Larry, Wendy, Morton, Lemmy, Roy, Iggy, and Ludwig, are making their Super Mario Maker debut. These new enemies will play a heavy hand and spicing up those climactic boss battles at the end of levels.The Koopalings are available in every theme except for the Super Mario 3D World style.

Cursed Key – Anyone who picks up the Cursed Key will have a target on their back, sicing Phanto to chase them down. If you are playing with other people, Phanto can also damage them, regardless of whether or not they are currently carrying the Cursed Key. This power-up is only available in the Super Mario Bros. theme.

On/Off Trampoline – These trampolines can have their bouncing qualities turned on or off at the simple flick of an On/Off Switch. This power-up is only available in the Super Mario 3D World style.

Mechakoopa – These new wind-up automaton enemies don’t seem to do much, but they can be thrown and used to damage other enemies. The red Mechakoopas are much more threatening due to their ability to shoot short-range homing missiles. And if that doesn’t scare you enough, blue Mechakoopas can shoot laser beams that can destroy the environment. If you play a level with the Night theme, all Mechakoopas gain the ability to fly using jets, regardless of their color. The Mechakoopas are available in every theme except for the Super Mario 3D World style.

That covers it for all of the new features coming to Super Mario Maker 2 in tomorrow’s update! If you’d like to see these new features in action, feel free to check out the trailer in the embedded video below.

It's dangerous to make alone! Take this.

An update to inflate the rate you can create