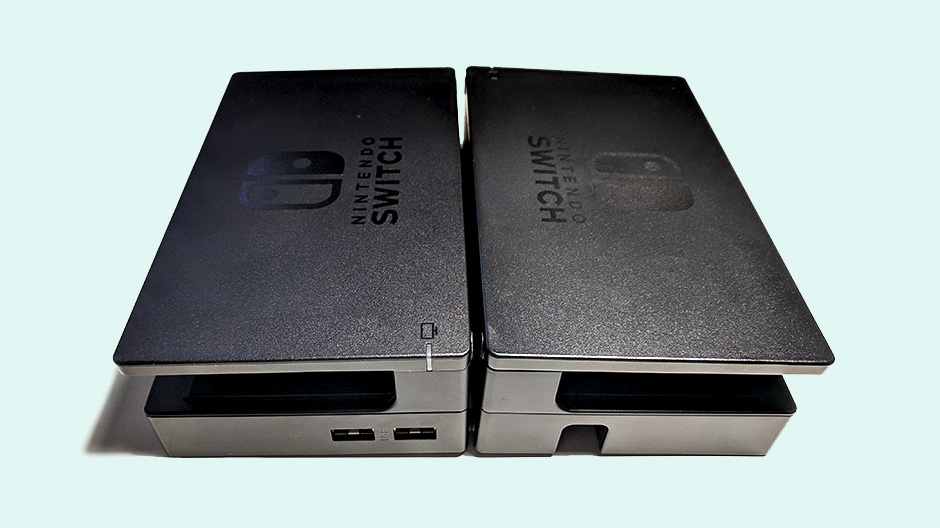 Buying a Nintendo Switch Dock used to be a simple process. Everyone got a dock with their console and additional “Dock Sets” were readily available from most retailers. Now, in the UK at least, purchasing an extra or replacement Nintendo Switch dock has become quite a challenging task. The lack of stock at any reputable retailer combined with the influx of third-party options has created a complete minefield of a market.

Third-party docks have gained quite the notoriety for destroying Switch consoles, frying their IC chips and leaving users with a hefty repair bill to boot. It’s understandable then, that consumers who don’t fancy playing Russian roulette with a $300 device would take to eBay or import websites in search of something a tad more official. Unfortunately, that’s where our story begins.

Until now, third-party docks were pretty easy to spot. The cheap ones often take the form of a small dongle-like device with a questionable USB-C cable protruding out of one end. Then, large accessory manufacturers like Nyko started producing “safe” third-party docks that looked more professional but were still easily distinguishable from the official offering. Yes, there’s a reason safe is in quotes.

However, all good things must come to an end and that includes being able to easily identify an official Nintendo product. 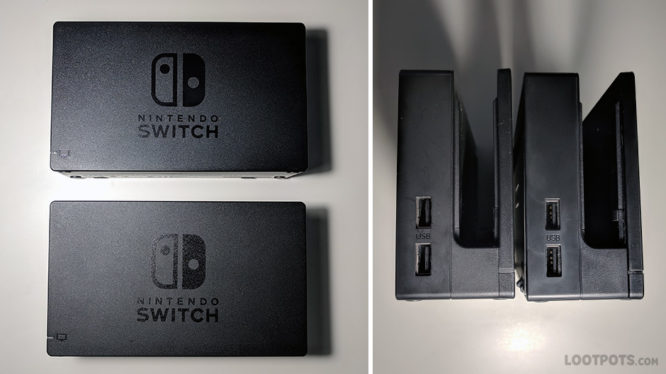 The Nintendo Switch is no stranger to counterfeit products, we’ve already seen the likes of fake Pro Controllers hit the market and quickly flood numerous websites. Most savvy consumers can spot them a mile off, either through their too-good-to-be-true pricing or the obvious lack of an official logo. Though if a fake controller does wind up on your doorstep and ends up being faulty, then besides wasting a bit of cash, there’s no real harm done. Well… besides patent infringement.

Unfortunately, this isn’t the case for fake Nintendo Switch Docks. The external housing of counterfeit docks is 99% identical to that of an official product. In fact, they’re so closely matched that I initially thought that the manufacturer had simply used a genuine shell to help shift their product.

The case bears the same Nintendo logos, is made from the same material, features the same protective rubber on the inside slot, and even has the correct wording and voltage debossed on the underside. Flipping open the back hinge also reveals that input/output labels are all present and correct along with the ports and air vents.

To make matters worse, the fake dock was priced the same as a genuine Nintendo Switch Dock and also came in the same soft material bag as the official one. If I didn’t know otherwise, I’d have assumed that it had been taken straight from a Nintendo Switch console bundle. However, if one of these does wind up on your doorstep then unlike a controller, it has the potential to do some serious damage to your Switch.

99% certainly isn’t 100% though and upon close inspection, I was finally able to spot a tell-tale sign that the housing had been cloned. While the fake dock may have gotten all the details right on the underside, the manufacturer wasn’t able to match the fine detail used in Nintendo’s moulding process.

To indicate conformity with product safety standards in Mexico, the Nintendo Switch features both an NOM and NYCE mark debossed into the plastic. Luckily, the NYCE marking uses three arrows with an extremely thin line running through each of them. This is something which the counterfeit dock plainly was not able to replicate. If you want to get a closer look at the result, then click the image above.

While the bootleg dock may look the part outside, cracking it open soon reveals its dirty little electronics secret. Despite the inner mouldings also being extremely close, there’s no mistaking that bright green PCB board isn’t a genuine Nintendo product.

In place of the official Nintendo HAC-CDH-MAIN-01 PCB and its accompanying components, the knock-off dock opts for a generic third-party USB-C / DisplayPort 1.2 to HDMI converter. The model number provided on the board clearly states that it’s based on the LT871HE converter and, according to the version number, the one installed in this dock appears to be the third iteration of this Switch adaptation.

Despite being quite noticeably different in appearance, the counterfeit PCB does fit snugly in the provided mounting and features all the correct input and output ports. However, unlike the official Nintendo Switch Dock, the metal shielding around the USB inputs isn’t attached to board. Instead, a loose piece of shielding has been slotted over the ports to create the same appearance when viewed from the outside. Sneaky.

The manufacturer of the fake Nintendo Switch dock also appears to have taken a few other cost-cutting measures. For example, the third-party PCB doesn’t feature a female connector for the dock’s LED leads to be inserted into. Apparently soldering the LED wires directly onto the board was this knock-offs’ preferred method. The flex cable used to hook the board up to the USB-C input is also clearly an alternative cable, being bright orange in colour instead of the white one used by Nintendo.

Although I did test the dock briefly (extremely briefly as I didn’t want to fry my Switch) and it successfully outputted audio and video, I certainly won’t be using it again anytime soon.

So, buyers beware! If you’re looking to pick up a spare Nintendo Switch Dock, please be extremely cautious otherwise you might just end up with a cheap third-party one in disguise. Always check the NYCE markings on the bottom of the dock and (if you’ve got a tri-wing screwdriver handy) it’s certainly worth checking the PCB inside.

If you’re lucky enough to live in region that still has official Nintendo Dock Sets in stock, then only purchase them new from a reputable retailer. Otherwise, you might just be in for a rather nasty surprise.